Sometimes I make things and they bomb. Well not completely, but it mostly.  It doesn’t hold Ava’s interest or it’s too advanced for where she’s at.  This was one of those activities for us.  Ava has just started to do more counting around the house (she isn’t quite two and a half yet), so I thought this would be fun.

I cut out seven cactuses out of construction paper, then used a chalkboard marker to write numbers (and corresponding dots) on each one. 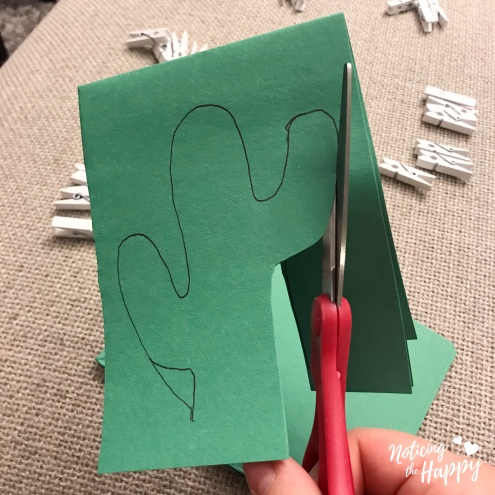 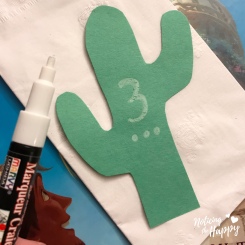 Then I outlined everything with a black pen and laminated them.  I had purchased white mini clothespins, and I used a green permanent marker to add dots (one had one dot, two had two dots, etc).  I thought that it would help Ava visually match dots to cactus as she improves her counting.

They turned out super pretty and I was (am) really proud of them.  But Ava’s small motor skills aren’t quite strong enough to figure out the tiny clothespins and she quickly lost interest.  I will introduce them again in a little while and wait for her to show interest.  She really loves small motor activities, so I’m hoping one of the next times I bring it out, she will want to play with them.  I definitely think older kids would really like this, so now it’s just a waiting game.

See more about our All About Cactus Week here!